I’ve almost finished assembling the cast of characters that Tree Girl will encounter in the woods:  Woolf (seen below), King Yeti, Lumbering Jack, and a few others.  Woolf is not a big bad wolf, but, as the “wool” of his name may suggest, a sheep in wolf’s clothing (probably people think more of Virginia Woolf …).  Make no mistake; sheepish as he is on the inside, he does pose a threat.

Here he is, with TG, in process:

Tree Girl completed (the “non” on her neck was coincidental, but perhaps is fitting):

Body.  The grey comes from a photograph that accompanied an article about North Korea.

Tracing paper for the arms and tail:

And here is an exercise in the importance of eyebrows.  Without a telling eyebrow, Woolf looks like an eager puppy! 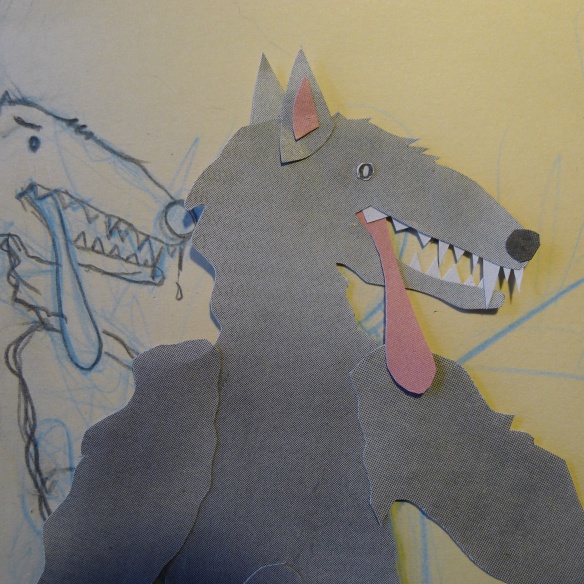 With the addition of the eyebrow, he’s turned sinister.  I like how well the lowercase L worked. 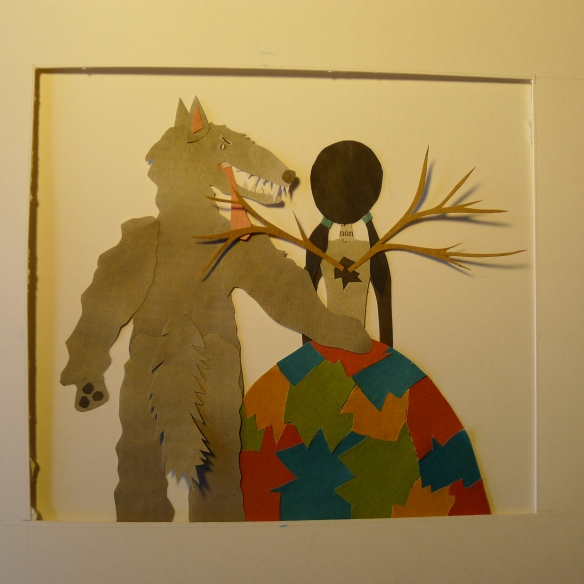 And now I’m off to prepare stuff for printing.  I’ll be tabling at Stumptown at the end of the month!  Excited.